One of the distinguishing elements of Madrid has traditionally been its fountains. In the spanish capital there are 24 fountains noteworthy for their monumental nature, age or rarity. One of them is “Fountain of Cibeles", because of its central position and the traditional celebrations of the Real Madrid football team has become an icon of the city.

This monument, dedicated to the mythological god Cybele (Earth, agriculture and fertility) shows the goddess seated on his throne on a chariot pulled by two lions. On the right hand he holds a sceptre, a symbol of universal power, while the left shows the keys of the city. It was drawn during the reign of Charles III as part of management Paseo del Prado, commissioned by the architect Ventura Rodriguez in the late eighteenth century.

Fountain of Cibeles is located at the confluence of Paseo del Prado and Alcalá street, and it’s guarded by the Colón square in the north, Neptune square in the south, east by Puerta de Alcalá, and west by Plaza Puerta del Sol. In addition Fuente de Cibeles is in the middle of the square which has the same name, and it’s surrounded by architecturally important buildings such as Palacio de Buenavista (Army Headquarters), Palace of Linares (House of America), Palace of Communications (formerly headquarters of Post and currently Madrid City Council) and Bank of Spain.

Do not miss this emblematic architectural between Paseo del Prado and Puerta de Alcalá. 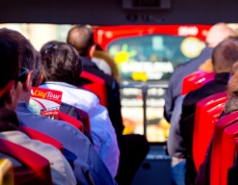 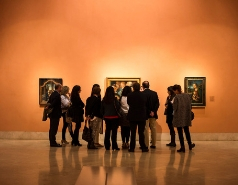 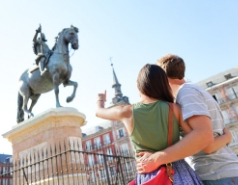