Lavapiés is one of the most surprising and animated neighbourhoods in Madrid. It is located southwest of the city centre and it consists of a neighbourhood with narrow and steep streets designed during the Middle Ages.

As a matter of fact, people say that the name of the neighbourhood, Lavapiés, comes from that period of time, when the Jewish people washed their feet in the fountain before entering the temple.

The ‘corralas’ are the most emblematic feature of Lavapiés. They are typical constructions of Madrid that were built around an inner courtyard. Unfortunately, nowadays they are difficult to find. If you want to see one of the best preserved, the route Historical Madrid offered by Madrid City Tour will approach you to the place where it is found. You will only have to get off the tourist bus at the stop 1 (Museo del Prado) of this route and go to the intersection of Cabeza street and Lavapiés street, located within some minutes walking distance.

Furthermore, it is full of cultural venues such as La Tabacalera, a venue self-managed by a neighbouring assembly, and the Filmoteca Nacional, an exhibition hall managed by the Ministry of Culture, where there is the historical archive which contains the national film heritage.

If you want to discover Lavapiés, we advise you to get off our tourist bus at the stop 20 (Museo Reina Sofía) of the route Historical Madrid and submerge yourself into the irregular streets of this quarter. In the same way, you cannot miss the great gastronomic offer of its terraces and tapas bars. 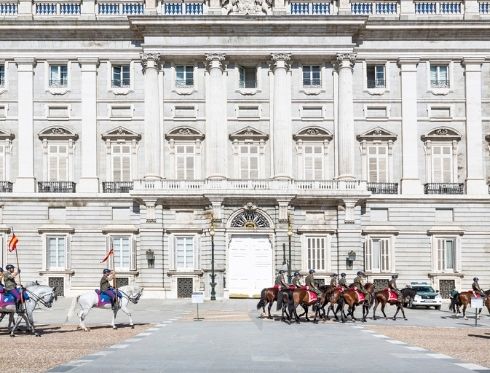